ATIS Open Source – Internet of Things (OS-IoT) is an open source software library that simplifies the development of IoT devices that connect to an open, interoperable ecosystem.

Many IoT solutions are built as vertical silos which involves duplication of development effort and multiple, incompatible, solutions that perform similar functions like data collection and access control. The global oneM2M standard defines a common, interoperable platform for IoT systems which provides application-independent building blocks that fulfill the core tasks of data collection, management and distribution needed by IoT solutions.

OS-IoT has been shown to interoperate with open source and open access oneM2M server implementations providing developers with options to deliver complete oneM2M solutions based on open components.

For a deeper overview of OS-IoT please take a look at the OS-IoT overview presentation.

There are two library projects under the umbrella of OS-IoT. The original OS-IoT library is developed in C++ and runs under a variety of Linux operating systems. The second OS-IoT library builds on the concepts and tools from the original work to create a super-lightweight platform developed in C for the Quectel BG96/Qualcomm MDM9206 cellular IoT module and runs under the ThreadX Version 3 operating system.

The OS-IoT Upper Tester provides part of a system solution to support automatic testing of oneM2M Application Entities (AEs). The Upper Tester and the C library for BG96 support a control interface for testing based on AT Commands.

A further extension of the Linux OS-IoT library is the development of a  bridge between the OCF and oneM2M IoT standards based on the library.

This video shows ATIS OS-IoT running on a BG96 Cellular IoT module to make a lightweight IoT data collection client that can run over NB-IoT.

This video shows how the ATIS OS-IoT can enable a cloud-based oneM2M compliant IoT service making use of public oneM2M infrastructure over secured interfaces.

The video below shows how the ATIS OS-IoT library simplifies the implementation of oneM2M support in IoT devices. It was recorded at ETSI’s IoT Week event, where OS-IoT was featured in the oneM2M Showcase.

View instructions on how to clone OS-IoT source from our Git repository and to build and test the demo application. 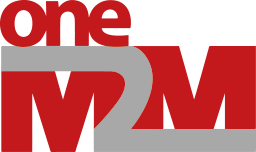 OS-IoT provides developers with a simple, resource-oriented API to interact with oneM2M ecosystems.

OS-IoT is available in C and C++ to provide a high degree of platform independence and to support constrained devices such as embedded cellular IoT modules.

OS-IoT is open source for community and commercial application.